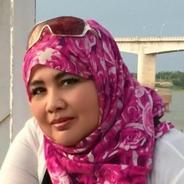 I began this organization as a part-time commitment, but it became a life-long journey. I'm so fortunate to be able to impact the lives of others, all while working with some of the most kindest and passionate group of of people.

We have a wonderful team of volunteers who help us during the missions and their efforts make the difference in the lives of so many. Find out how to become our partner.

We recently completed two medical relief efforts mission in May 2015. We hope to begin organizing the next one soon. Donations are being accepted for the next mission.

After 23 years of living in the United States, I returned to Cambodia, my old country, for a pleasure trip. I was so used to the comforts of my adopted country, the U.S., that I was shocked by the stark poverty of the people living in the villages I visited. Their water supply was so primitive, limited and contaminated. The villagers scooped water from deep holes found in the rice fields.  Because the source of water was only seasonal, there was usually always a long line to get water. People walked for miles to get to these rice filed holes.

The experience struck me with an intense desire to help and improve the lives of the people I left behind. I came back to the States after my short stay in Cambodia and shared the plight of the villagers I visited with some of my friends. They wee also move and together we vowed to make a change.

In 2002, I also noticed the bad conditions of the very few hospitals in Cambodia. As a result, medications and medical supplies were donated to the hospitals from local U.S hospitals from Washington State in 2005 when I was there for my second visited to Cambodia.

A small group of well-intentioned individuals in the States pooled our money together to help in the relief effort. Several individuals flew to Cambodia and financed the drilling of six water wells in six different villages. We were also able to purchase three female cows, two of which were donated to an orphanage and the third were donated to a truly need elderly person. The female cow provided milk in the orphanage and was used as a faming tool for the elderly person. The male cow was used to pull heavy carts and plow the field, in addition to providing milk.

A trip to Cambodia was scheduled May 21st through May 30th, 2007. A group of doctors, nurses, medical assistant along with crenpo board members. Crenpo launched our first medical mission.   The mission went very successful. In six days, our medical team was able to served over six hundred people in three different villages. The first village had no clinic nearby; so we used a school classroom to set up our clinic. In the second village; there was a small clinic on hand for our team to use. The third village had a hospital available, so we used their outpatient as a clinic.

In 2011 group of doctors, nurses, pharmacist along with crenpo board members set off another medical mission. Medical mission was provided the needy people in three villages in rural Cambodia. In seven days, we served fourteen hundred and fifty two people. We also built two water wells within a month for two villages. Volunteer members also took along dental tools such as toothbrushes and paste for the children.

Pleasant Glade Elementary, where my children attended here in the State, had collected school supplies, toothbrushes and books. Crenpo board members were able to distribute these supplies to the school in Kompong Trolach, Kompong Channg Provine. We donated medical supplies and money to families in need. Our purpose is to strengthen families, grow a sustainable environment with well water and farming, and cultivate leadership through education by teaching villagers how to sustain with the tools given. Through grants/donations from the Olympia community we were successful in accomplishing the goal of building a strong foundation for the future of Cambodia.

In 2012 two more water wells has been donated from friends.  A total of twenty-two water wells have been drilled in six different villages. CRENPO’S goal are to continue to provide water wells, augmenting limited family resources by  providing foods, assist community in need of materials to rebuild school, providing medical assistance, and providing grade school supplies to the needy children and family.

In October of 2013, a group of doctors, pharmacist and medical personnel conducted another medical mission to Cambodia. Due to Cambodian National Election in July of 2013. No responsible party from current government or opposition parties are willing to sign a clearance for the team to conduct the medical mission. The medications/supplies were donated to local hospital and orphanage center in Phnom Penh.  Crenpo had some funds left and were able to purchased over six hundred mosquito nets for the villagers. Each mosquito net came with mosquito repellent that last up to three years with one treatment. Volunteer members also took along toothbrushes for the children.  Crenpo also had two more water wells donated but unable to drill the well due to the heavy rains.

In May of 2014, crenpo group conduct a mission to Cambodia. Crenpo had drilled the two water wells that were donated from previous year in spring of 2014. Also a group of students from Minnesota State University Moorhead had joined our team. Together we had purchased over six hundreds more mosquito nets. Crenpo also help rebuilt three homes for the elderly with no children. The students took along toothbrushes and school supplies for the children.

The trip were cultural shocked for some students. Some were very emotional of what they had seen. We spent the entire day out in the village, passing out mosquito nets, other supplies.

Toward the end of our trip, we discovered a widow with three children. Her husband had been hide by a car the year before. She was left with no money or shelter. She and her three children had seeks shelter under neighbor home. I couldn’t imagine how difficult it is, to lose your spouse and had no money to care for the children. So when we found out, we had about $300 left. We used that $300 to build her shelter. Her father in law had allows us to build this small, unfinished shelter on his land. Due to lack of funds, we can only put up the roof and foundation. The wall, we used palm leaves. Not much but at least they have a good place to rest at night. We hope to raise more funds and this widow with her unfinished home.

On May 18 - 19, 2015, our medical team travelled to Kompong Chnanng province. We used a school classroom as our clinic site to administer medical services to the villagers.

On May 21 - May 23, 2015, our medical team travelled to Pursat province. We provided free health care services in both Tampangjong and Kondieng villages.

The collaboration between CRENPO and HSUPP  provided the selected students with a unique opportunity to work alongside with our medical team of doctors, nurses and pharmacists from Washington State, USA. This wonderful opportunity was a rewarding experience for these students as they gained excellent professional experience and human compassion in serving the needs of their local population.
​

FUTURE GOALS
Future goals include providing housing materials such as galvanized iron, wood or cement blocks to replace thatched roofs and walls made of palm leaves, which provide very little protection from the rain and strong winds. We are also looking to provide medical facilities. We are also looking to provide school supplies and essential books to grade school children from the poor families.

our MEDICAL TEAM - PAST & PRESENT

A single kind gesture could mean a million blessings to one.

CRENPO (Cham-American Relief Effort Non-Profit Organization) was founded in 2006. CRENPO was formed for the purpose of funding private and charitable activities to serve disadvantaged individuals and communities in the rural area of Cambodia. CRENPO is a charitable organization that strives to improve the livelihood of the residents living in the rural areas of Cambodia by improving and enhancing essential community needs,mosquitoes net,medical care, general education to help support the citizens and allow them to become self sufficient. CRENPO does not discriminate on the basis of religion and is not affiliated with any political and/or religious organizations.

No need is too small and no voice is too quiet to be heard. We will devote the time and energy necessary to help those in need.